The Greater New York Floor Coverers Industry Promotional Fund was established pursuant to collective bargaining with the United Brotherhood of Carpenters and Joiners of America, New York District Council and is funded by contributions from more than 100 union contractors and is governed by a Board of Trustees.

Trustees to the Fund are appointed by the Greater New York Floor Coverers Association, Inc. which is a trade association for union floor covering contractors. The Association is comprised of the leading contractors in the marketplace and its members are entitled to a number of benefits as dictated by the Collective Bargaining agreement. The mission of the Association is to raise the standards of quality, professionalism and profitability of its membership.

The Promotional Fund is responsible for the advancement of the floor covering industry and does so by constantly elevating industry standards; providing health seminars; hosting technical forums, OSHA compliance courses and first aid and CPR training, all directed toward assuring the continuing education of our participants and their employees and at the same time, enhancing the public perception of the floor covering contractor.

Officers of the Fund 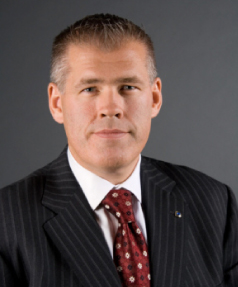